When writer George Sala coined the term Marvellous Melbourne on a visit in 1885, the ‘Queen of the South’ was the biggest and wealthiest city in the British empire after London. Other terms such as New Gold Mountain and the Land of the Golden Fleece described a city only 50 years old, yet bustling with boom-era palaces of commence, theatres, hotels, vaults, cathedrals, galleries, banks, artists and stock exchange.

Australia’s ‘Premier Street’ extends from Parliament House to Southern Cross Station. From the civic precinct around the Treasury at the ‘Paris end’ we head downhill to the religious, commercial and retail city and to the early ‘village’ settlement  at the western end. Experience 180 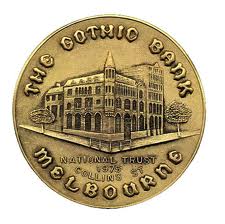 years of iconic Melbourne places and explore the golden age of the Melbourne boom era.

Melbourne was established in 1835 at the height of a globalised wool industry and 16 years later became known as New Gold Mountain with the gold rush. Named for Lieutenant-Governor David Collins, the western end near the port developed quickly but the eastern end initially was bushland, and the centre section between Swanston and Elizabeth was a haberdashery district. The gold rush funded a boom of neo-Gothic and Italianate bank and insurance buildings, handsome stone churches, and the most fashionable shops in the country. Doctors built townhouses at the Spring Street end and grand hotels like the wedding-cake style Federal went up. Artists lived in studios in the west end and businessmen hung their artworks in their private clubs. 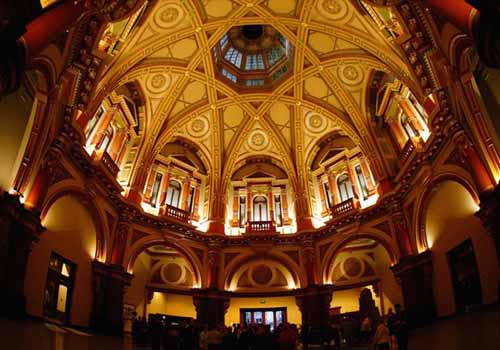 The street’s fortunes plunged after the 1890s Depression, then boomed in the roaring 1920s and plunged again during the 1930s Depression.  An extraordinary renaissance has come since the late 1990s with heritage restorations, many more CBD residents, soaring modern architecture and an egalitarian mix of shops and street-level cafes. 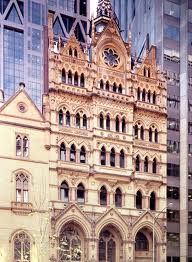 KEY BUILDINGS AND ARCHITECTS ON COLLINS STREET (EAST TO WEST)

View an AMAZING film of Melbourne in 1910  or

INDIGENOUS HISTORY
Aboriginal Melbourne: the lost land of the Kulin people, McPhee Gribble, Ringwood, Vic. 1994.
The Melbourne Dreaming. A Guide to the Aboriginal Places of Melbourne, 1997, Aboriginal Studies Press.
Aboriginal Victorians. A history since 1800, Richard Broome, Allen and Unwin 2005.
I Succeeded Once. The Aboriginal Protectorate on the Mornington Peninsula, Marie Fels 2011.
Meerreeng-an. Here is my Country. The Story of Aboriginal Victoria told through art. Chris Keeler and Vicky Couzens 2010.
1835: The Founding Of Melbourne And The Conquest Of Australia by James Boyce 2011.
The Australian Aborigines, A. P. Elkin. Angus and Robertson, 1986.
Wild Medicine in Australia, A.B. and JW Cribb, Collins, 1988.
Wild Food in Australia, A.B. and JW Cribb, Collins, 1988.
Archaeology of the Dreamtime, J Flood, Angus and Robertson, 2001.
Remains to be Seen. Archaeological insights into Australian pre-history. David Frankel.