DISCOVER extraordinary lives and superlative monuments with the author of ‘Nation Builders. Great Lives and Stories from St Kilda Cemetery‘. VISIT  identities such as Alfred and Pattie Deakin, Baron Von Mueller, Albert Jacka, Tilly Aston, Alfred Felton, Madam Brussells, the Glen Huntly shipwreck and much more (see below).  LEARN  how these amazing characters over six generations contributed to the Australian identity including Federation. 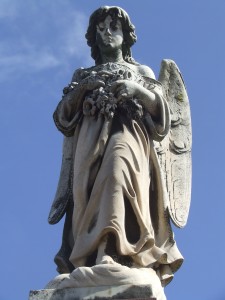 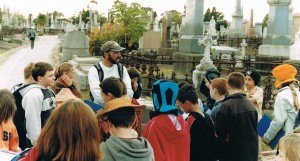 The earliest known record of St Kilda General Cemetery is a grid plan drawn by Robert Hoddle’s assistant surveyor HB Foot in 1851. This plan provided separate sections for the Church of England, Catholic, Presbyterian, Wesleyan, Independent and Baptist denominations. The new cemetery had a capacity for 20,000 graves, with no allocation made for Jews, Chinese or Aborigines. By the time the cemetery opened on 9 June 1855, Hoddle?s grid plan had been overlaid by a less formal system of winding and intersecting paths, inspired by the contemporary garden cemetery movement, which in turn drew on the Picturesque landscape tradition that was popular in England at this time and the writings of landscape designers such as John Claudius Loudon. 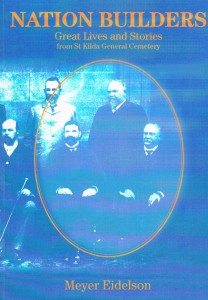 This book includes the stories of more than 40 people buried in St Kilda General Cemetery whose lives tell important stories about the building of the Australian nation.
Each story is one piece in an historical jigsaw. Put them all together and the general picture emerges of a new generation entering the twentieth century with growing confidence, awareness and pride despite inherited divisions of religion, politics, class and race.
As we enter another century and a new millennium, much of this picture seems eerily familiar. History is about our present and future, not only about our past. The road we have traveled as a country now extends before us with few signposts apart from the lessons of our forebears. They have much to teach us. This book is dedicated to all those who dare to dream, take risks and challenge their fate in any era.