In 2006 a group of secondary students from Beaumaris with Melbourne Walks rediscovered the historic Beaumaris Well. This research paid tribute to the  Boonwurrung traditional owners and to the memory of Wally Goodbody an elderly local resident and naturalist who had regularly cleaned and protected the well for half a century until his death by drowning in a boat accident. Since 1997 when the colour photos below were taken, the sands have shifted and the well which had been regularly exposed since settlement for 150 years has largely disappeared under sand movements.

The well is about 50 metres north of the Beaumaris Yacht club in a flat rock slab that projects from the sand dune cliff towards the sea. The secondary school students dug for an hour to locate the well under sand and then to excavate it. It measured approximately 55cm wide at the top, 97cm  deep and 10cm wide at the bottom. It was a significant physical effort with groups of students taking turns to dig with their hands. There was a feeling of pride as the students brought into the present view an ancient artefact famous in both settler and Indigenous history. This may be the well that Gellibrand reported using for water when he crossed overland in 1836 to join Batman’s party at Melbourne. Gellibrand was the architect of the Melbourne treaty. The well is one of seven well sites on the foreshore recorded in the 1950s by Aldo Massola of Melbourne Museum between Rickets Point and Black Rock. Only one of these sites at Red Bluff is now easily accessible. 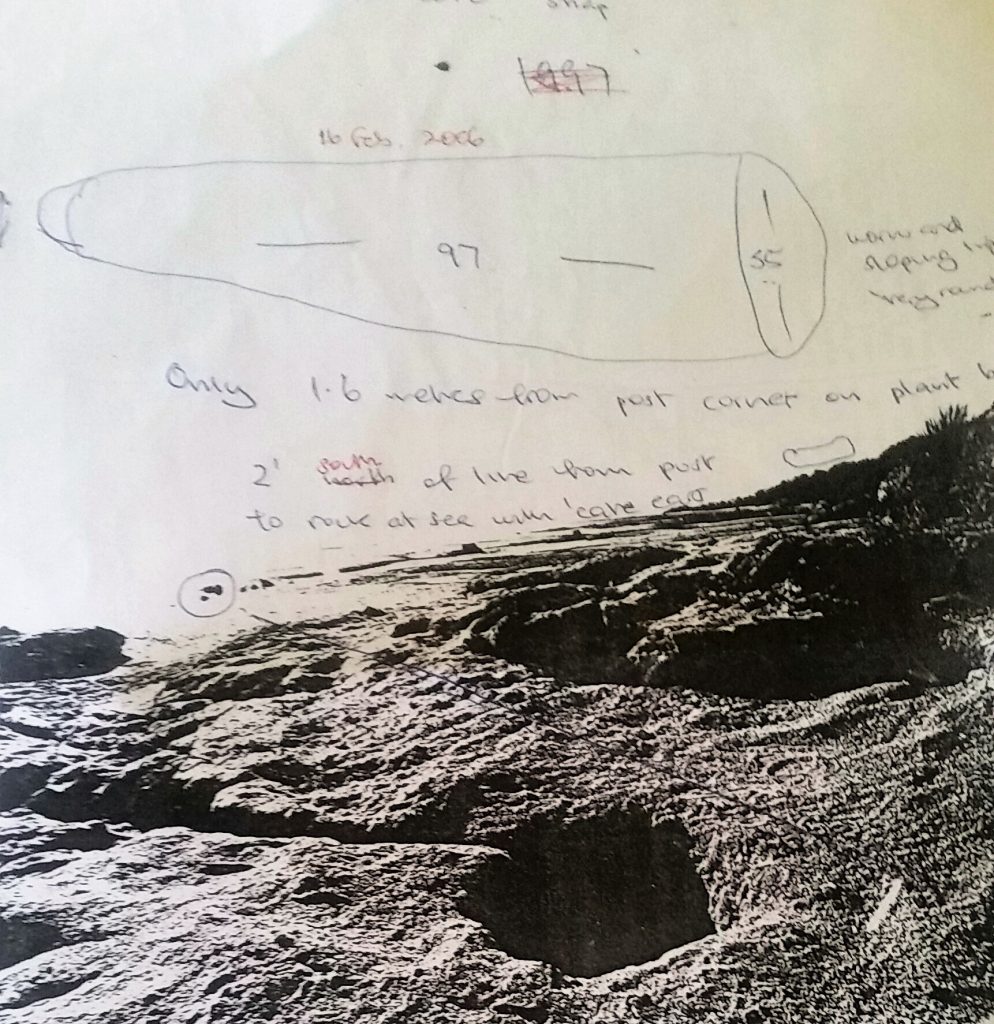 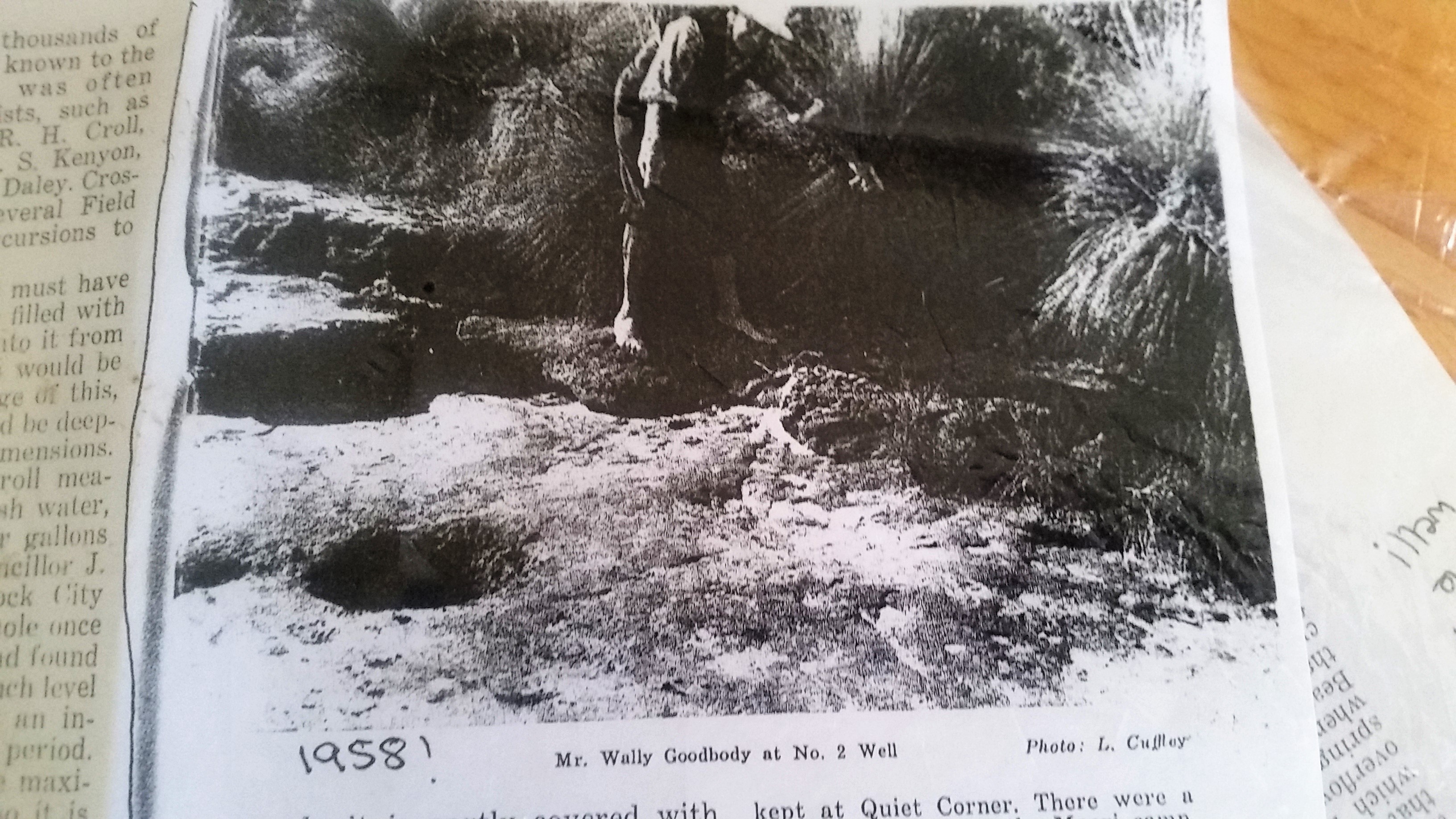 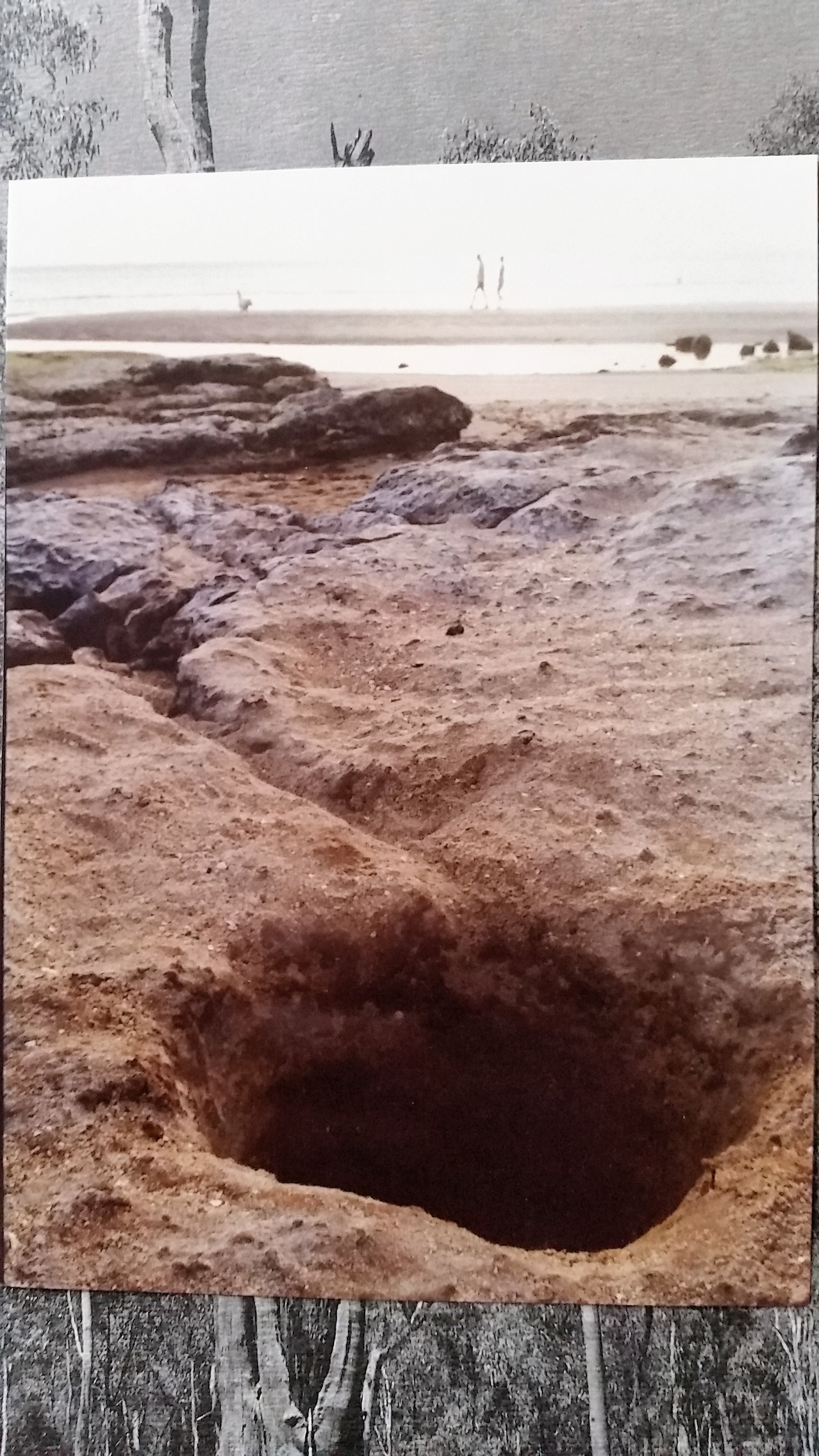 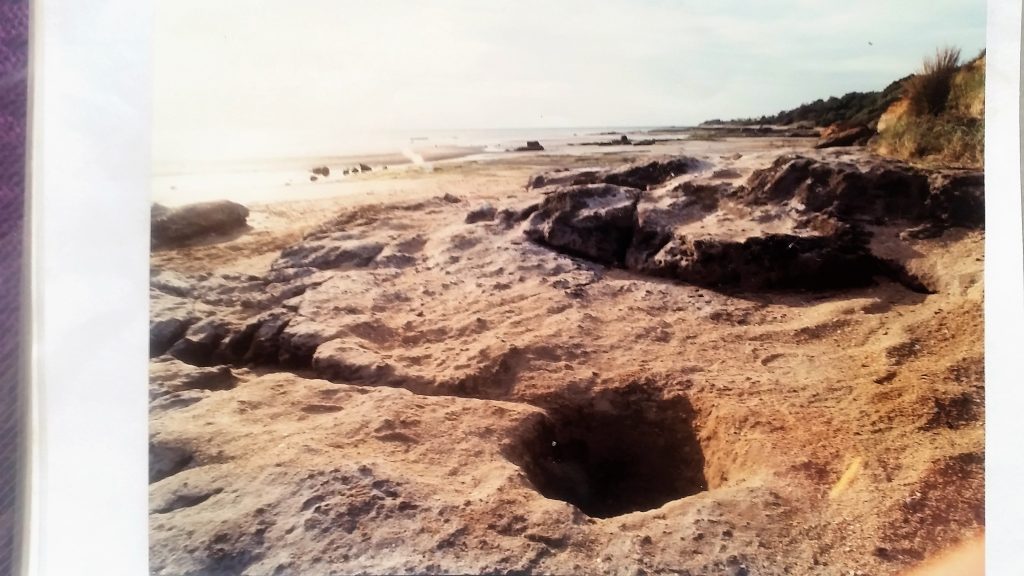