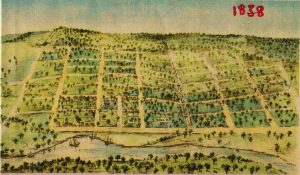 Melbournewalks.com, an award-winning company, is open for tours.  Our school program has inspired Primary , Secondary and Tertiary students since 1991 with over fifty imaginative excursions. We also provide online tours and experiences.
ONE of these is ASK AN HISTORIAN.
Your historian is Meyer Eidelson the author of 12 books set in Melbourne incuding history guide books and the owner of Melbourne’s oldest walking tour companies. Meyer has designed over 30 different eco and heritage walking tours in Melbourne and has been the Presidents of two historical societies. Students research and prepare questions and then discuss with Meyer online through Zoom, web-ex, Google, Zoom or media of choice.
He is a frequent public speaker at history societies, schools and heritage events.
AS an example we provide below the questions preared for session in August 2021 by a year nine class that were answered and discussed in a sixty minute session.  All the questions were researched by the students themselves under the heading of Secrets of the Hoddle Street Grid. THEMES included buildings, public art, secret places, architecture The session was recorded and used by the students for futher research and assignments.

EXAMPLE SECRETS OF THE HODDLE STREET