A Century of Lunacy
Memories of Melbourne’s Luna Park

This film was launched 21 January 2013 at St Kilda Town Hall by Pete Smith, OAM, Chairman of the Channel Nine Foundation.  It also  featured at the Astor Cinema at the 2013 St Kilda Film Festival. It celebrates the 100th anniversary of one of the world’s oldest amusement parks. 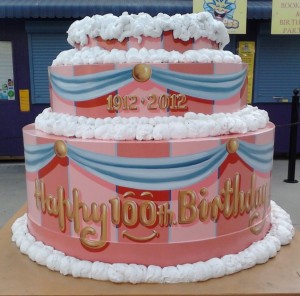 Luna Park is an icon in the hearts, minds and memories of generations of Melbournians. It is internationally famous for unique heritage assets such as the Carousel and Scenic Railway. The City of Port Phillip provided a grant to father and son team, Joe and Meyer Eidelson, to create a film enabling members of the public to share their unique memories.

Over 120 people of all ages and walks of life came together to contribute and participate in workshops.  The result is this one hour film, narrated by well known entertainer Pete Smith, which records fascinating stories from founders, residents, restorers, artists, campaigners and former staff.

We gratefully acknowledge the support and contribution of Luna Park, Melbourne.  Images in the film were sourced with permission from Luna Park, the City of Port Phillip Collection, State Library Victoria, other collections and and contributions by the public.

The DVD is available for borrowing from all City of Port Phillip library branches. The film is copyright to Meyer and Joe Eidelson.  To purchase a copy by mail contact melbwalks@gmail.com or 03 90907964 for details.

This project was supported by the City of Port Phillip through the Cultural Development Fund.

The one hour film can be viewed on vimeo here

Pete Smith OAM
Peter Smith, Chairman of the GTV Foundation, is one of Melbourne’s most enduring entertainers being a voice-over producer for Channel Nine for half a century. He recalls his friendship as a teenager with brothers Leon and Harold Phillips, two of the founders of Luna Park.

Julia Murray
Founder of Friends of Luna Park  who successfully drove a public campaign for heritage protection. Julia’s sister was an artist who recorded important images particularly of the carousel.

Brian Atkins
For a century the leering gigantic face of Luna Park has swallowed the fun-seeking public whole. The Parks’ dominant image represents the fun, fear and frivolity of a seaside amusement tradition in St Kilda the traditional playground of Melbournians throughout the 20th century.  From 1998 Brian Atkins assisted in the restoration of one of Australia’s most recognised icons after the remnants of the original Mr Moon face was discovered under concrete layers from the 1960s.

Roger Cottier
worked in Luna Park for 25 years. He was the brakeman on the Scenic Railway and later general manager. He met his wife Trish when she worked there and they were married in the park surrounded by their ‘family’ of co-workers.

Andre  Dubrowin
Andre fancied himself as a Frank Sinatra crooner. He cut his first record at Luna Park at a ‘while you wait’ booth over thirty years ago.

Father Bob
Robert John Thomas Maguire, better known as Father Bob, was born on 14 September 1934. Age has not wearied him nor removed the sting of this outspoken priest and media personality who can recall his first foray into Luna Park in 1941.

Patricia Mullins
From the late 1990s Patricia Mullins was Artistic Director for the astounding restoration of the Carousel, including its chariots, scenery paintings, cherubs, band organ and 68 horses. She tells of her passion for this rare and beautiful heritage treasure.

Brenda Richards
For over half a century St Kilda resident Brenda Richards has lived within earshot of the sounds of Luna Park and cannot imagine life without them. 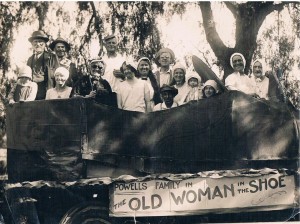 The Powells worked as ‘carnies’ at Luna Park

Luna Park from the 1930s to the 1960s. He was reared on stories from his eccentric uncles Lou, Leo, Jack, and Roy about sharks, kewpie dolls, letter-posting elephants and a pet monkey called Joan.

Leonard and Kay Levy
Len Levy is a former councillor of St Kilda and ran a local pharmacy near the park over three decades. He and his wife Kay have passed on their childhood love affair with the park to their children and grandchildren.

Mary Adler
Mary recalls coming to the park as a child and her experiences. Her younger brother refused top enter however as the mouth terrified him.