The Gay Pride movement is a positive stance against discrimination and violence toward lesbian, gay, bisexual and transgender and others to promote their self-affirmation, dignity, equality rights, increase their visibility, build community, and celebrate sexual diversity and gender variance. 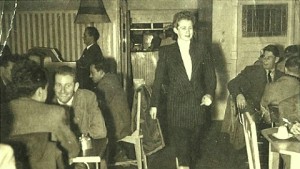 The Australian Lesbian and Gay Archives (ALGA) is based in Melbourne. They aim to actively collect and preserves lesbian and gay material from across the country, and makes it readily accessible.

Self guided walks of the Melbourne CBD can be found in the ALGA history book ‘Secret History of Queer Melbourne’ by Willot, Murdoch, Marshall, ALGA, 2011. AGLA occasionally runs walks for the public – contact  mail@alga.org.au

Historic sites in Melbourne include: 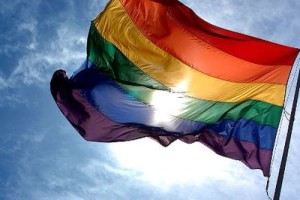 Redmond Barry statue, State Library. He hung Ned Kelly whose gang was rumoured to be gay. Sidney Nolan painted Steve Hart in a floral dress on his horse. 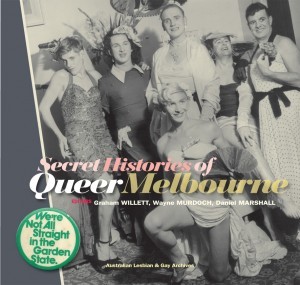 Tasty Club, 311 Flinders Lane. Site of the notorious drug raid by police in 1994.

Koko Black, Royal Arcade. Home of the former Turkish baths back to the 1870s.

Tatler Newsreels Theatrette opened in May 1939 and the Australia Feature Cinema in October, a month after World War II was declared. In their foyer was the Coffee Lounge. In 1961, the Tatler changed its name to the Curzon, and from August 1968, when the Australia Cinema became Australia I, it became Australia II, until it closed in October 1989.19 The Tatler was a pick-up place for camp men. On 17 February 1951 Truth reported an ‘Offensive Act At Newsreel’. Despite looking ‘the manly goods’, Edward Meyer, 27, of Fitzroy Street, St Kilda was apprehended grabbing the thigh of a policeman, then ‘moved his hand here and there’ and said: ‘I haven’t much time today. We’ll have to hurry. I’ve done enough for one day and time is short‘.

Corner of Swanson and Lonsdale Streets. Society Five operated at a nearby building.

Café Gunsler’s (to the left of the Block Arcade, Collins Street) was bought by Austrians who renamed it the Vienna Café (1890-1915). On 22 September 1908, Alan McKail (aged 20), Douglas Ogilvie (22) and Tom Page (25) were charged with behaving indecently in a public place dressed as women in the Vienna Café.

And lets not forget St Kilda, home of The Annual Gay Pride March