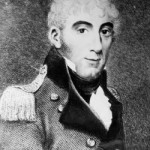 1642 Abel Tasman, Dutch mariner sailing from the west, is the first European to land on the eastern coast of Australia and names it Van Diemen’s Land. Hears human sounds but sees no one.

1682 William Penn,a Quaker with a charter from King Charles II, negotiates the Treaty of Shackamaxon with Tamanend, the Lenape Chief and thereby founds Pennsylvania. 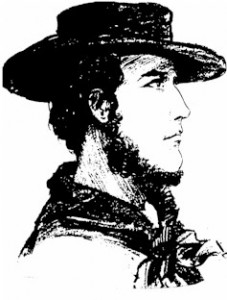 1797 The south-east coast of the Australian continent was discovered by a series of navigators, mostly operating from Sydney, including George Bass in 1797 and

1801, John Murray in the Lady Nelson was the first to sail into Port Phillip in 1801, but he did not reach the northern end of the bay. Names Port King after the Governor of NSW. Governor King renames it Port Phillip after his predecessor Arthur Phillip.

1803 Charles Robbins and Charles Grimes in the Buffalo explored the whole of the bay, and discovered the Yarra river, which they rowed up as far as Dight’s falls at Kew.

9 October 1803: Attempted settlement at Sorrento. The Calcutta arrives at Port Phillip and establishes a camp at Sorrento, on board are the Commandant David Collins, a convict William Buckley and a child about to turn 11, John Pascoe Fawkner. Not being aware of the discoveries of Robbins and Grimes, Collins settled at a spot near Sorrento on the Mornington Peninsula. After a few months the sandy soil and lack of drinking water caused the settlement to be abandoned, and transferred to Hobart in Van Diemen’s Land

27 December 1803: Buckley and two other convicts abscond as the port phillip settlement is abandoned for Hobart town.

1807 First bale of Australian wool arrives in England on the Dart. It was grown by the Macarthurs using convict labour.

September 1826: Governor Darling defines the boundaries of authorised colonial settlement in an attempt to contain squatting in NSW.

1830: Selling for up to 4 shillings per pound, Australian wool exports increase from 97,000 kilograms in 1921 to 4.5 million kilograms 1939. In the global textile trade, the woollen mills of Leeds, Bradford and Halifax in Yorkshire are the centre of spinning and weaving and rival the more mechanised Lancashire cotton mills, supplied mostly by the slave states of the American south. 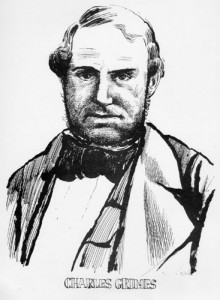 29 May 1835 The Batman party land near the present town of St Leonards, at Indented Head.

7 June: Batman writes in his journal, ‘Detained this morning some time drawing up triplicates of the Deeds.’

26 August 1835: Governor Bourke issues the Proclamation voiding the Batman Deed. It has ‘no effect against the rights of the Crown’. 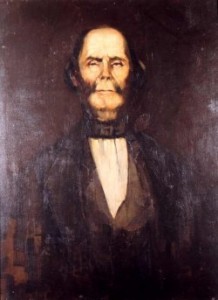 1 September 1835: Colonial Secretary of NSW, Edward Deas Thomson, informs Arthur in Hobart that the Treaty is void, ‘any bargain or contract made with the Aboriginal natives of New Holland for the possession of any land within the limits of the Government of NSW will be held to be null and void as against the rights of the Crown’.

10 October 1835: Bourke writes to Lord Glenelg in London to tell him that the early official occupation of Port Phillip would proceed.