This walking tour explores the history, geography and indigenous landscapes of the Black Rock foreshore from its geology and foreshore fauna and flora to Aboriginal occupation to early settlers to contemporary society. We discover how the landscape and structures have changed over time in response to changing needs and populations.

ONLINE TOUR We can also provide this tour Online for school students using Zoom, Web-Ex, Microsoft Teams, Google Slides etc. Written permission is required before school use of this presentation. Cost is approx $7.50 per student.

Hi Meyer,
Thanks for yesterday, the 100 students have learnt so much and your lovely humour meant they had a fabulous time!        Gill, East Bentleigh Primary School
We do this excursion every year and find it invaluable for our Year Seven students, these insights and practical activities could be gained nowhere else.
Cornish College, Bangholme

From the days of the Boon Wurrung people to the present day, Half Moon Bay has been a valued gathering place. It shows evidence of the occupation of the Boon Wurrung through protected camping locations or middens in the dunes, which contain shells and charcoal from cooking fires. On our tours we demonstrate how the Indigenous flora provided a wide range of food, tools and medicine for the Boon Wurrung and the early colonists and even the modern era.

In earlier times it was also popular with people who travelled from many parts of Melbourne for day picnics, and with the holidaymakers who regularly stayed at Black Rock in the summer months.

The seawall in front of the Black Rock Yacht Club was constructed by Sustenance workers during the Great Depression. The Life Saving Club is the successor to the smaller club – Black Rock Royal Life Saving Club – built in the early 1900s and the first of such clubs on the shores of Port Phillip Bay.

Artists have painted the sea and shore; and the former Sandringham and present Bayside Councils, assisted by volunteers, have planted Indigenous trees and plants in order to maintain the character of the foreshore.

After the Great War (1914–1918) the Red Bluff was used as the location for a film about the Gallipoli landing. Painters, photographers and film-makers have depicted the weathered desert-like cliff face of the Red Bluff, which stands at the northern end of Half Moon Bay.

Early pictures show that the Bluff once projected further out to sea but it has been affected by erosion. Run-off after heavy rain and people scrambling on the rock has contributed to the gullying.

Black Rock is a suburb in Melbourne, Victoria, Australia, 18 km south-east of Melbourne’s central business district. Its local government area is the City of Bayside. At the 2011 Census, Black Rock had a population of 5,944.

The suburb was named after Black Rock House, a grand residence built by Charles Ebden in 1856, who had taken the name from Black Rock, Dublin. Ebden was an early Port Phillip pastoralist as well as being a businessman and parliamentarian representing the seat of Brighton in the Victorian Parliament. Black Rock House is on the Register of the National Estate.

The northern part of the suburb between Beach Road and Bluff Road was one of the early estates in the parish of Moorabbin developed by Josiah Holloway in the 1850s. Named Bluff Town, sales were slower than in other areas and the suburb grew slowly.

One of the notable characteristics of the Black Rock shoreline is Red Bluff. The bluff’s name comes from the oxidised iron in the cliffs which gives off a burnt orange colour. Either side of Red Bluff are many popular beaches and seaside destinations, including Half Moon Bay. Half Moon Bay had been setting for yachting since the 1890s, and a branch of the Brighton Yacht Club formed the Black Rock Yacht Club in 1919. A rock breakwater was constructed and in 1926 the hull of the colonial naval vessel HMVS Cerberus was added to further protect the boat haven.

In 1888, the year after the railway was extended to Sandringham, a horse tram was provided between Sandringham and Black Rock, running on to Beaumaris. The service, which lasted until 1914, was replaced by an electric tram service (operated by the Victorian Railways) in 1919, which ran slightly inland of the horse tram service. In 1931, the line was cut back to Black Rock, and the entire line closed in 1956. In 1910 a State primary school was opened in Black Rock which continues to operate to this day. 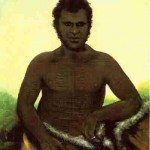 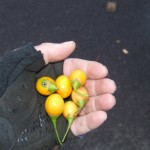 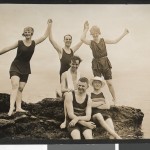 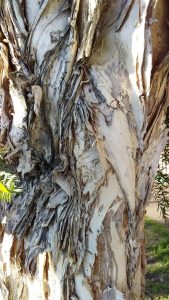