What makes Melbourne a Creative City? What is a Bohemian Index?  What is the secret of a creative city? What makes it tick? 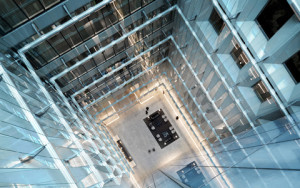 Take a voyage through the urban regeneration of Melbourne.

“Cities create new ideas when they are on the cusp of change, when they are mixing outsiders and insiders, an old order is decaying and a new one coming into being, when central planning meets the market economy. Often in creative cities there is this sense of friction, turmoil even: the challenge is to make sure it leads to creativity and growth rather than instability.”       Richard Florida, author of ‘The Rise of the Creative Class’ and ‘The Flight of the Creative Class’.

Richard Florida, an American academic, has devised his own ranking systems that rate cities by a “Bohemian index,” a “Gay Index,” a 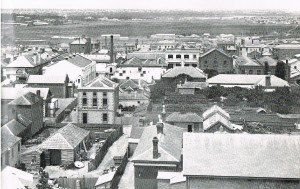 “Diversity Index” and similar criteria. He believes in the importance of a  creative class for urban regeneration.  His theory asserts that metropolitan regions with high concentrations of technology workers, artists, musicians, gender diversity, and a group he describes as “high bohemians”, exhibit a higher level of economic development. Florida suggests that attracting and retaining high-quality talent as against a single-minded focus on projects eg sports stadiums, iconic buildings, and shopping centres, is the key to a city’s regeneration of resources for long-term prosperity.

Melbourne has witnessed a spectacular regeneration since 1995 and has been ranked seven times as the the most liveable city in the world as well as being nominated one of the first United Nations City of Literature. How has this amazing transformation occurred in little more than two decades? 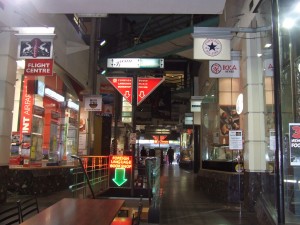 How do  we do this? By visiting building and creative spaces across the city to witness and debate the transformation of places and their uses. We move from the former red-light and theatre district to the fashion and retail precinct to the warehouse precinct to see how the physical city has adjusted to change.

We look at epochs such as: 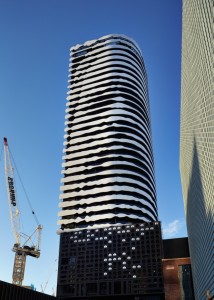 – The impact of significant eras such as Marvellous Melbourne, interwar architecture, city slums, new technologies, the advent of ‘skyscrapers’, the destruction of Victoriana, the demise of markets, student immigrati 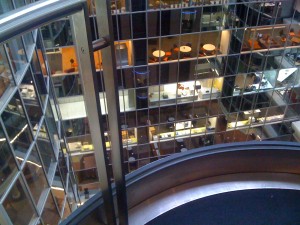 on, the demise of the textile industry and the residential boom.

– We also look at the impact of Melbourne’s bohemian cultures such as the 1860s Fasolians, 1890s Heidelberg School, 1940s Angry Penguins, 1950s Drift, the 1970s counter-culture and the 2000s street artists.  Our tour looks at the city over time and the changing role of artists, technology, transport, architecture. hospitality, industry.