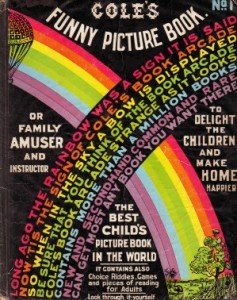 In 2008, Melbourne was named the second UNESCO ‘City of Literature’, due to its rich history of writing and its thriving literary festivals, bookshops, publishers, writers, libraries and literary monuments.

Adventure into many of the 70 booksellers in the CBD guided by a Melbourne writer. Many are hidden in obscure and historic locations including basements and upper floors. Purchase books if you wish. Learn about the history of Melbourne writers and read extracts from stories, poems and books connected to the streets of Melbourne. Many stores specialise in genres such as art, rail, military, foreign language, animation, poetry, philosophy etc.

School groups: $300 – $450 per day depending on number of classes and students. If the cost is a problem, talk to us!

A History of Melbourne’s writers and their books  by Des Cowley and John Arnold  emelbourne.net.au

In Flinders Lane, near Roach’s store, 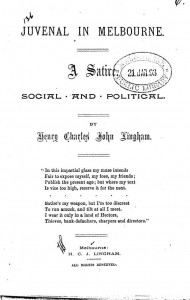 Were bogg’d a dozen, less or more;
Two dapper dames, return’d from shopping,
Were, much against their wishes, stopping:
A brace of New Chums, sprucely drest,
|In long-tail blues, – their very best, –
Look’d rueful at their spatter’d breeches,
Vow’d Melbourne’s Streets were beastly ditches

The creative imagining of Melbourne began when John Batman sailed up the Yarra River on 8 June 1835 and wrote in his journal ‘this will be the place for a village’. The figures of John Batman and John Pascoe Fawkner, generally cited as the founders of Melbourne, have been largely passed over by literary writers. Batman was the subject of the play Batmania (1997) and his courtship of his future wife Eliza features in Robert Close’s novel Eliza Callaghan (1957). Fawkner is a minor character in Eric Lambert’s The five bright stars (1954). However, the convict William Buckley (1780-1856) has provided writers with one of their most enduring characters. The title of James Bonwick’s biography, published in the year of its subject’s death, William Buckley, the life of the Wild White Man and his Port Phillip Black Friends (1856), was followed by Edward Williams’ De Buckley, or incidents of Australian life (1887), Marcus Clarke’s ‘William Buckley, the wild white man’ (1871) and John Bernard O’Hara’s Songs of the south: second series: The wild white man and other poems (1895), and in the 20th century Alan Garner’s Strandloper (1996), Barry Hill’s award-winning book of poetry Ghosting William Buckley (1993), and Craig Robertson’s Buckley’s hope (1980). 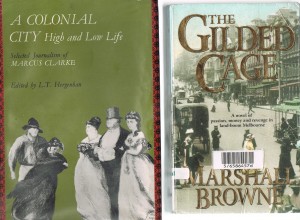 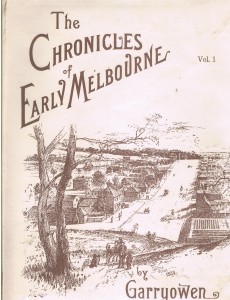