Melbourne Walks.com is perhaps Melbourne’s oldest walking tour company (1991). As historians we investigate and assemble evidence files on lost infrastructure stories obtained from our walkers and records including over 100 mysteries listed below. Note we do not enter most of these structures – it is illegal to do so. However we do provide a Lost Melbourne Tour by arrangement for those who wish to explore the fascinating, unusual, hidden, destroyed and quirky places of our city. For information, visit LOST MELBOURNE TOURS

100 MYSTERIES
We have investigated most of the mysteries below and think we generally what is true or not. Or do we? Truth is often stranger than fiction. Do you have a story to add? Or can you provide the answer to a mystery?  Let us know at melbwalks@gmail.com

1. Fact or Fantasy? The Degraves Lost Tunnel:
“A hidden passageway leading to a lost 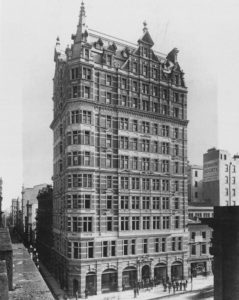 bowling alley is under Degraves Street’ .
‘There is an ancient phone booth. When open you walk though into a huge basement normally unseen.’
“I can remember, not that long ago, when the basement was ‘The Paperback Bookshop of Charles Dickens’  of the CAE(!) You could go downstairs from Degraves St into the bookshop, and then into the subway.”
’‘The building on the eastern side of DeGraves St at the Flinders St end was a post office, and could also be accessed from the subway.”    ”
”There was once a large hardware store under Degraves Street., the area sealed off now.” 2016.
‘There was once a big tavern there run by a friendly Egyptian guy”. 2016.
There was a bowling alley under Degraves Street. In the 1960s.  I was the highest scorer on that alley.’ 2016.
Fact or Fantasy? Lost mansion? ‘There was once a huge mansion part of which is still underground still called Hodgsons Folly or Yarra House in Flinders Street. The mysterious Hodgson was  a kind of  early ‘Donald Trump.’ 2016. 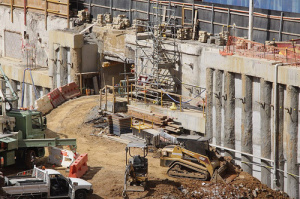 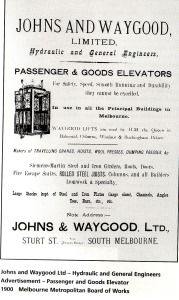 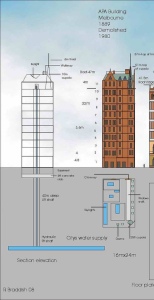 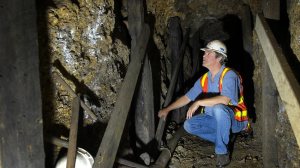